I love having authors talk about things we can all relate to. Taglines we all know and love and Daryl Devoré gives a new spin on something all authors struggle with. Welcome to my blog Daryl and congratulations on your newest steamy romance. Today my blog is all yours.

Thanks, CeeRee for having me and letting me share my latest story, which is a part of the Lawbreakers boxset. My story’s called, Two Truths and a Lie, which you can purchase now on Amazon! 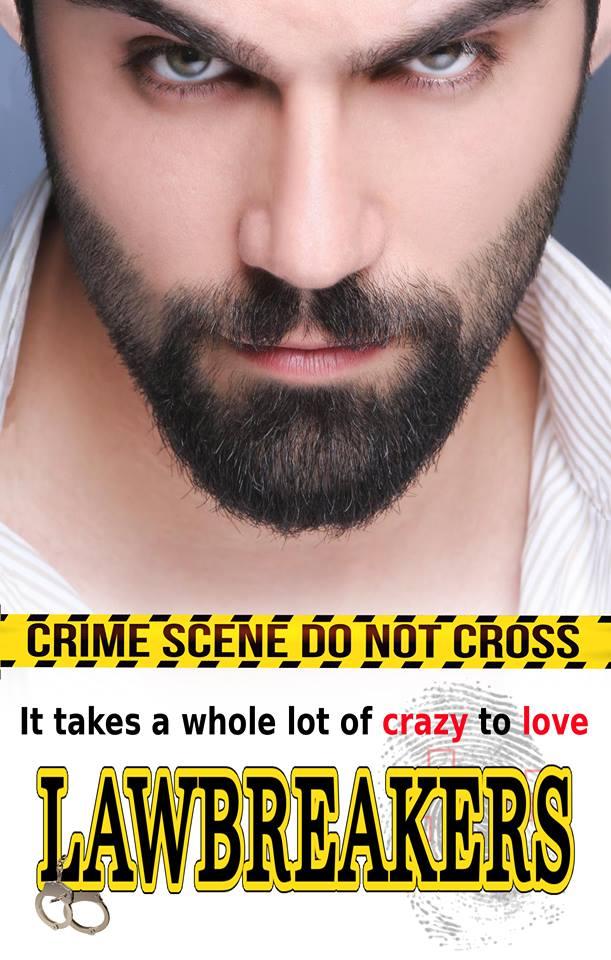 What is a tagline? That quick sentence that explains the whole book in one sentence.

I’d say the most famous tagline is for the movie Aliens – In space no one can hear you scream. I’d probably be very correct in stating it was because of that tag line that I did NOT go see the movie. I’m not good with scary movies.

Of late, I’d say I have only thought of taglines as being for books, but I did a little research – turns out there are taglines for online dating sites. And I love this little bit of advice from the site – Consider borrowing from someone else’s clever opener. Don’t fret here. Plagiarism is okay in online dating.

~ Suggested dating tagline – Everything I need to know I got from watching Gilligan’s Island.

~ Tagline for church – Google doesn’t have all the answers.

~ Tagline for photographers – To capture ten thousand words in the blink of a moment.

I could go on. Research is one of the greatest stall tactics a writer has.

One of my taglines for an earlier book – What’s a woman to do when a voice follows her home and makes mad, passionate love to her?

Tagline for Two Truths and a Lie – The legend of Robin Hood and Maid Marian with a twenty-first-century twist.

The tagline came from a line in the book. After I wrote I thought – that’d make a great tagline. It explains the story in 14 words. 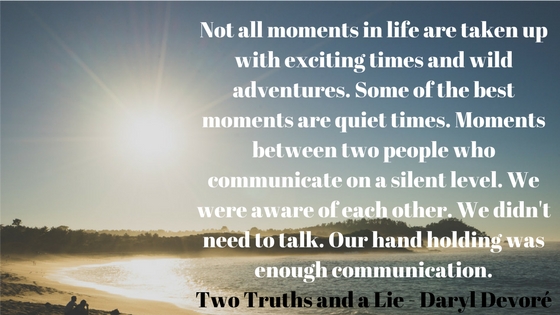 With coffee in hand, I browsed through the bookshop looking for something to read. As I mentioned, my cell phone battery had died and all of the charging stations were being used as the place was chaos due to so many flight cancellations and reschedulings. The caffeine obviously had not kicked in yet, as I stood there blankly staring at the magazine rack.

A book appeared before me, swaying right and left and the sexiest male voice said, “Try this one. It’s a romance about two people who meet across a poker table then go out for Italian. He’s charming and sophisticated. She’s feisty and sexy as hell. But can they get past her fear of fire trucks and live happily ever after?”

Fighting back a grin, I turned, raised my left eyebrow and ran my finger over the title. “Structure and Strategy: The Manifesto of Scientific Corporate Management. Sounds like a hot read.”

“You have no idea.” Mark grinned.

My knees went weak. How I secretly desired to rip that man’s shirt off and run my tongue up his chest. Right there – in the bookstore. I doubted he’d mind, but the prissy looking lady to my right would probably die of a heart attack, so I controlled my urges.

“I’d offer to buy you coffee and we could sit and chat, but I see you have one, which throws my pathetic ploy to spend time with you right out the window.” How does a man get a voice that sounds like that? It’s deep and rich and caused thrills to ripple through me.

A smile slid across his lips. I squeezed my coffee trying not to lose control. The cup crumbled and a dribble of coffee ran down the back of my hand. “Ow. Crap. Uh…”

Mark removed the cup from my grip and placed it carefully on the counter then he pulled a handkerchief out of his pocket and wiped my hand dry. With a touch that was so gentle, he ran his fingers over my flesh. “You don’t seem to have a burn and that’s great. Now that you have no drink, let me try again. May I buy you a cup of coffee?” 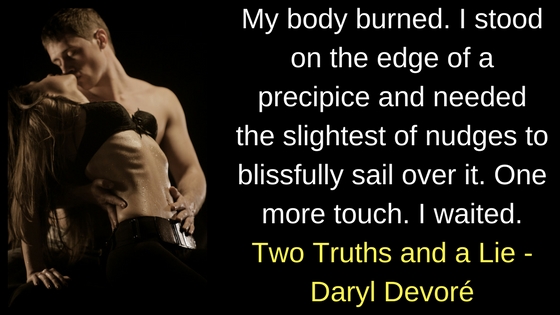 If you love hot, billionaire romances, then this is a must read.

From the author of the Two Hearts One Love Trilogy, multi-published, hot romance author Daryl Devoré’s latest book revolves around deceit, betrayal, passion and the theft of a multi-million-dollar, rare, red diamond.

As if multiple planes crashes, a car accident, and a concussion isn’t enough, carefree Byn and straight-lace billionaire, Mark clash over Byn’s need for independence and Mark’s struggle with guilt pushing him in the opposite direction of love. When an art forger, an art thief and a ninety-year-old woman get involved the chance for true love for Byn and Mark fades.

All is lost until a children’s game is their only hope. 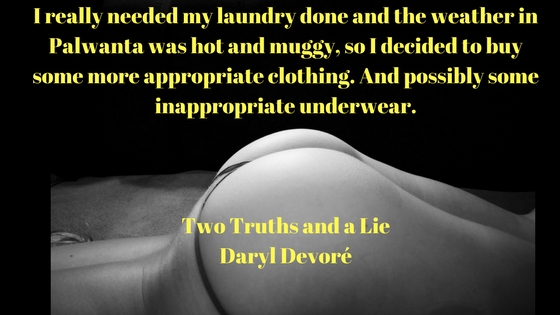 Daryl (@daryldevore) lives in an old farmhouse in Ontario, Canada, with her husband, a black cat named Licorice and some house ghosts. Her daughter is grown and has flown the nest. Daryl loves to take long walks on her quiet country road or snowshoe across the back acres, and in the summer, kayak along the St. Lawrence River. She has touched a moon rock, a mammoth, and a meteorite. She’s been deep in the ocean in a submarine, flown high over Niagara Falls in a helicopter, and used the ladies room in a royal palace. Life’s an adventure and Daryl’s having fun living it.

~ Other Books by Daryl Devoré ~

Love in the Key of C

What Happens in Bangkok

Between Despair and Ecstasy

A Guy and A Girl