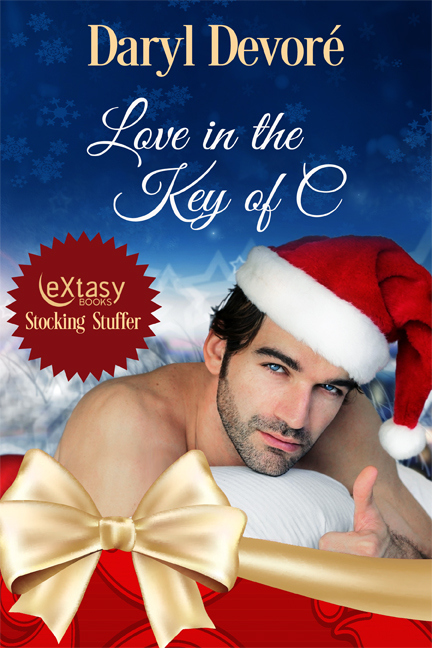 Can a slice of pizza and a flute erase the ravages of life and allow Giselle and Ethan to fall in love by Christmas?

Collapsing in front the biggest department store in the city on one of the busiest days of the holiday season was not how Giselle imagined her day. Cold and hungry, she trudged through her daily existence wondering if she’d ever find happiness again.

Teenagers. Ethan loved working with them and turning their raw musical talent into something beautiful and rewarding, but that didn’t fill the black void in his soul.

Like fate, the songwriters’ muse nudged Giselle and Ethan together. But can Giselle overcome her fears and can Ethan get past the darkness that surrounds him, so they can find love?

One question writers get asked, “Where do you get your inspiration from?”

Most of the time I’m stuck for an answer. Stories just come to me.

Another question is, “What was your playlist for this book?”

I don’t have playlists. I write in silence. Distractions distract me. I’m a bit ADD. Oh, look a chicken. Is there chocolate?

My publisher put out a call for Christmas shorts. Short novellas that focus on the holiday season. I thought it sounded like a fun idea.

But it was mid-Oct and I couldn’t get into the Christmas spirit – heck it wasn’t even Canadian Thanksgiving yet. The grass was green. The flowers were still in bloom.

So I popped on my head phones and listened to Christmas music – not just any Christmas music – Trans Siberian Orchestra. If you’ve never listened to them – give it a go. Wow – their take on Christmas music is phenomenal. One song in particular – Carol of the Bells. (Technically, its name on the album cover is Christmas Eve/Sarajevo 12/24.) To catch a listen – https://www.youtube.com/watch?v=b6FhOb7-1dg

The story behind their version of the song – On Christmas Eve, a lone man challenges the war playing music on the rubble of the destruction of his city – Sarajevo. When you listen to this song, you can hear the beauty and then the destruction – the jarring rock music wonderfully portraying the bombs and chaos.

In my story, Love in the Key of C, the rock music is Giselle’s life. It’s a mess. Not the life she’d planned and something she was truly embarrassed about.

Giselle, is you or I. No one special, but life kicked her down once too often. There by the grace of God go I – that line wasn’t the basis for the story – the music was – but it does help understanding.

So for once, I can answer two interview questions –

“Where do you get your inspiration from?”

“What was your playlist for this book?”

Rock bottom is hard. And I’d smashed up against it. Bruised not only my pride, but also my body. Guess that’s what happens when you haven’t eaten in a few days and pass out on the sidewalk in front of the largest department store witnessed by hundreds of Christmas shoppers. And all of them with cell phones recording another titillating moment in the biggest city in the country. Yeah, it just wasn’t my day.

Tears stung my eyes as I shifted to my hands and knees while watching feet scurry past. I didn’t look up. Didn’t want to see their faces. The judgmental disdain and embarrassment etched into their frosty red cheeks. Their sanctimonious scorn of myself and the condition to which I’d sunk. Their chagrin of not being willing to help and of desperately trying to pretend I was invisible.

Icy droplets fell from the sky, settling on my neck. It wasn’t quite snow, but was no longer rain. And it was raw cold. To my core. I pushed up to standing, brushing away the frigid sleet from my arms and legs. I pressed my scraped palm against my hip to stop the bleeding then checked my bag. It and its contents seemed all right. Yes, my existence has been reduced to having pretty much everything I own in a bag or two.

My life wasn’t always like this. How I got here doesn’t matter. Another sad sob story. A cruel twist of fate. A dream shattered. I could go on using a dozen more clichés, but I’m pretty sure you get the idea.

So again, I say, hitting rock bottom is hard. And, I might add, it sucks.

Three well-dressed ladies scooted past me, bundled in warm coats, scarves and high-heeled boots. Each holding a large takeout cup from the high-end coffee shop just up the block. Hazelnut. The smell tickled my nose. Probably a cappuccino. My stomach rumbled. My head swayed. I inhaled a deep breath and steadied myself.

A police officer strode toward me. His brow creased. Was he worried about my collapsing on the sidewalk? Or was he concerned for the Christmas shoppers, having their joyous holiday spending frenzy interrupted by the pitiful sight of me?

Turns out it was my second guess. He held my elbow and directed me to move along as he steered me toward a side street. I protested saying…or rather…lying that I’d slipped and fallen. But after a quick scan of my unkempt appearance, I knew that he knew I wasn’t being totally honest.

He pointed down the side street, Prospect Avenue, and told me about a soup kitchen that was a couple of blocks up behind a large stone church. He smiled, rubbed his stomach then told me the aroma had been very tempting when he passed by earlier in his shift.

I offered up a grateful smile and hobbled on partially frozen feet in the direction of my first meal in two days. I walked along dreaming about hot chicken noodle soup. Warm broth slipping over my tongue and down into the cavern that is my stomach. Floppy noodles trying to slip off my spoon, but with a quick slurp I’d catch them all.

Little round green peas nestled in a spoon next to a piece of actual, honest to goodness chicken. The thought of the aroma made me lick my dry, chapped lips in anticipation. Or maybe it would be beef vegetable. A dark, rich broth filled with colorful vegetables. My stomach was torn between protesting its emptiness or celebrating the future meal.

Have I mentioned that fate’s a bitch?

Daryl (@daryldevore) lives in an old farmhouse in Ontario, Canada, with her husband, two black cats – Licorice and Ginny-Furr Purrkins – and some house ghosts. Her daughter is grown and has flown the nest. Daryl loves to take long walks on her quiet country road or snowshoe across the back acres, and in the summer, kayak along the St. Lawrence River. She has touched a moon rock, a mammoth, and a meteorite. She’s been deep in the ocean in a submarine, flown high over Niagara Falls in a helicopter, and used the ladies’ room in a royal palace. Life’s an adventure and Daryl’s having fun living it.